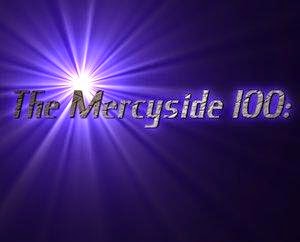 Hi everyone, this is my first post in nearly eight months. For the last two years I've been calculating all my play counts on my personal media player, to see what songs I listen to the most. And then at the start of the year I reveal what 100 songs I've listened to the most. Last year I revealed The Mercyside 100 2013, which was done in seven parts in great detail on this website and as seven DJ shows on my Mixcloud account.

This year I did The Mercyside 100 2014. Instead of 7 parts, I decided to cut it to four parts. So each of the four parts revealed 25 different songs, in reverse order of how often I played them.

You can listen to these four DJ shows on the links below:

I'm not going to go into great detail on this website, like I did last year. But what I will do is reveal to you what the 100 songs were, in reverse order. So if you don't want to find out this way, listen to the shows linked above!

So, in reverse order, here are is The Mercyside 100 2014! These are 100 songs I played more than anything else last year. 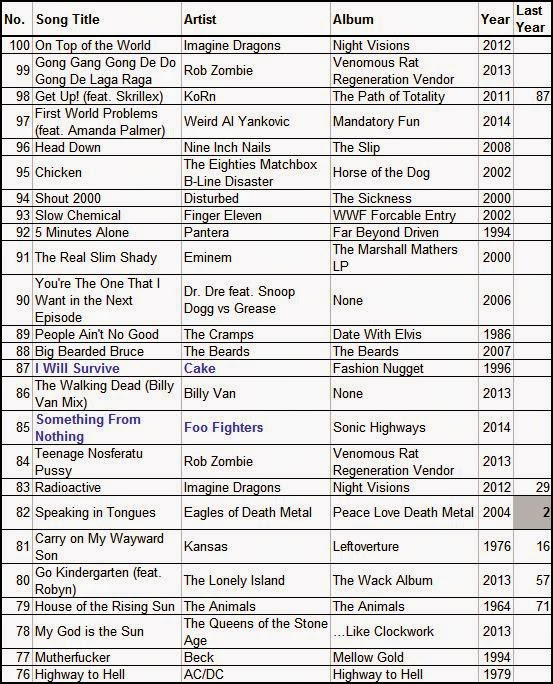 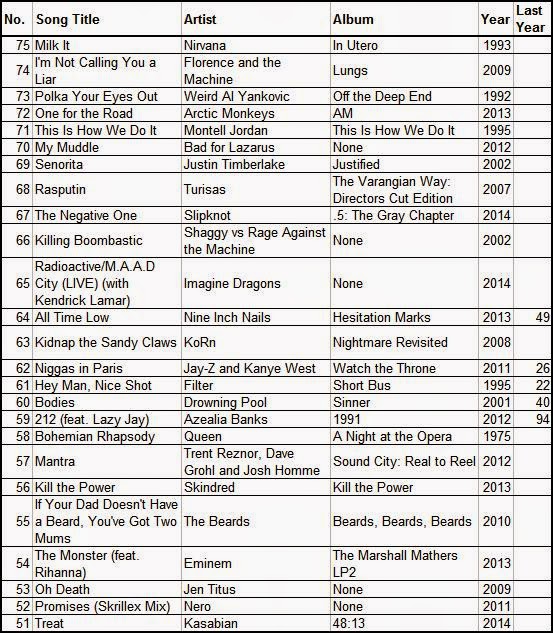 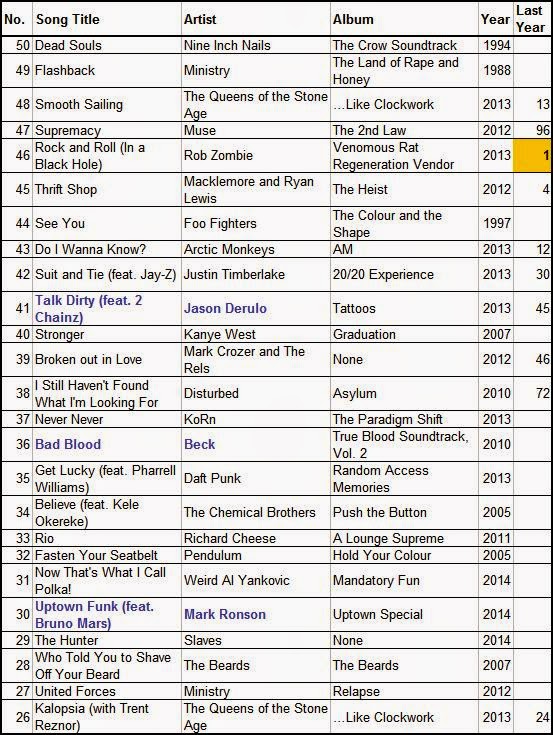 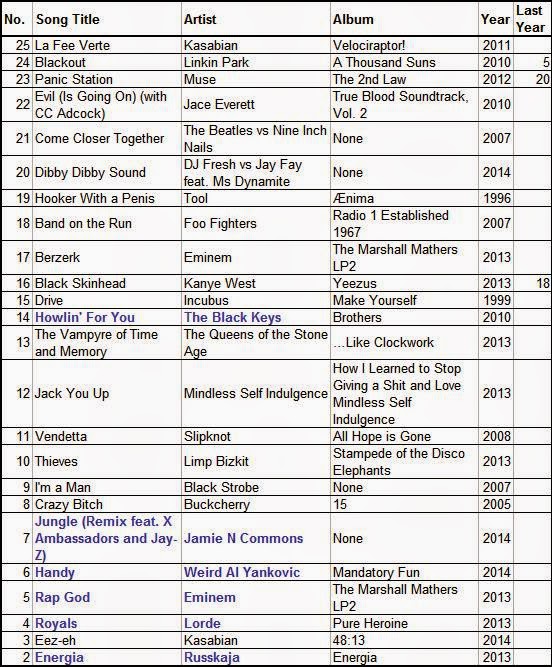 So, what was the most played song of the year for me? Here it is...


So there we go! I hope you choose to listen to the shows because they are much better to listen to rather than just see them as words on a screen. Music is for the ears after all! But if not, I hope you find some interesting entries in here, and if so, check them out on Youtube if you would rather do it that way than to listen to the actual shows! If there's something on this list you've not heard before and you end up really liking, let me know, comment below! I'd be happy to have gotten you into a song or an artist you've not heard before!

"Blue text"
Just in case you haven't listened to the shows, the songs in "blue" were "Songs of the Month". Basically, those tracks where played more than any other track, on a particular month of 2014. Here's the list in order, with Youtube links attached:

4 Entries - "...Like Clockwork" by The Queens of the Stone Age
3 Entries - "AM" by the Arctic Monkeys; "Mandatory Fun" by Weird Al Yankovic; "The Marshall Mathers LP2" by Eminem; "Venomous Rat Regeneration Vendor" by Rob Zombie
2 Entries - "48:13" by Kasabian; "The Beards" by The Beards, "Night Visions" by Imagine Dragons; "The 2nd Law" by Muse

Here's some charts showing you how often songs appeared by the year, or decade... 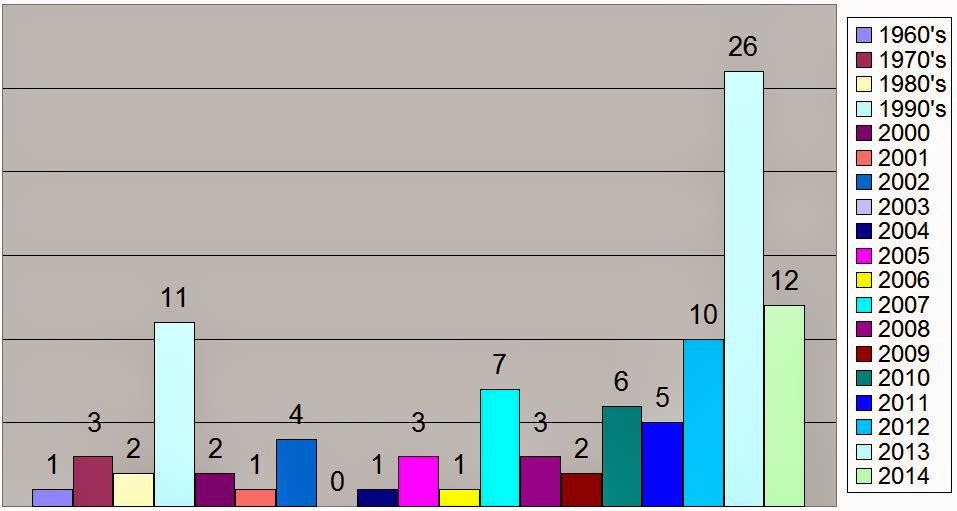 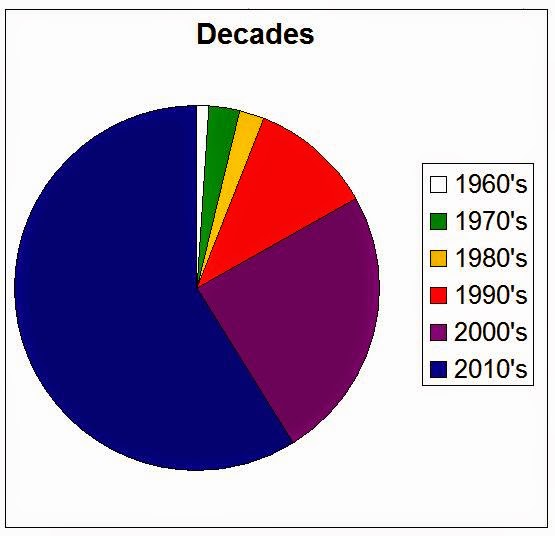 Also, FYI, 43 songs on this list were not singles, which means that 57 of them were!

So that's the end! I'll be doing a huge website project very soon so stay tuned for that, to keep upto date with what I'm doing it's best to follow me on Facebook, link is below! Take care!