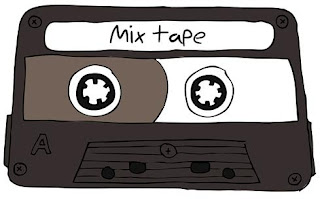 Hey everyone and welcome to another Mixtape! Two in two weeks, they're coming like buses! Over seven years ago I did my first "Best of Industrial" Mixtape. You can find that link here. At the time I was struggling to create that Mixtape, reason being that while I love the genre, there weren't that many bands that I knew and loved beyond the obvious. Choosing around 20 artists of this genre isn't easy, certainly those of good quality. Yet the sound in its pure form is just beautiful. It's hard to put into words.

Anyway, doing this Part 2, seven years later was so much easier. I can't again explain why either. Perhaps my palette has increased for the genre? But it was always there and I've always loved it. As I said it's hard to explain!

Not familiar with the term Industrial? I'll copy and past what I put down in my Volume 1 because I explained it relatively well then.

So what have I defined as Industrial below? Well, after the seventies Industrial Records scene, Industrial (or Post-Industrial) roots back to the early eighties. Arguably the first Post-Industrial band was Skinny Puppy, but of course, there were bands that influenced Skinny Puppy to make the sound they made, and there were a few bands around that time that while aren't Industrial as a sole genre, they also helped to the rise. Bands like Killing Joke, Bauhaus, Ministry, KMFDM and Kraftwerk are all bands that in some way, shape or form, helped Industrial music to become what it has been in the eighties, nineties and naughties.

Not familiar with my Mixtapes? Here are the rules.

This list you'll see below isn't just Industrial music. It's a celebration of the sound, and the sounds that have been influenced by Industrial music. Industrial music has been used in so many genres since the boring machine sound of the eighties, it's used in dance music, techno, alternative rock, indie, metal and most recently, dubstep. You name the genre, chances are Industrial had an assist in there for making the genre what it is today. So there's a lot of bands here that aren't Industrial. But I've selected certain songs by those bands, that have roots from the Industrial genre, and have them showcase how good the sound can be when done perfectly. I have some eighties industrial, nineties industrial, some electronic dance music and some heavy industrial metal.

Enjoy my second homage to Industrial music!
Don't like some of these? Give these five a try...

So I hope you enjoy this list. As I said, some of these bands are not Industrial, but I hope you understand their inclusion in the list. They have roots from the genre, and like to implement it into their modern sounds.

Until next time, take care!

Hi everyone, and welcome to another one of my Mixtapes. If you're not sure what a Mixtape is, here's an explanation...

As the world has moved on from CDs and we're in a digital age now, I also make the playlist on Spotify and YouTube where possible. In this case, I can only do the Mixtape on Spotify because Rammstein are very protective over their copyrighting on YouTube.

So, just in case you're wondering, this is a list of what I think are Rammstein's best songs - that have never been singles. I'm surprised that some of these songs aren't singles, especially as they are regularly played live or even have music videos in some cases. And yes - this list does include their new album released only two days ago. And again, yes - you REALLY should listen to that new album. It's tremendous. 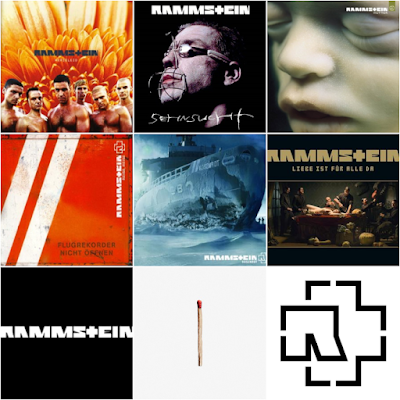 Without any further delay, here's the Best of Non-Single Rammstein! Next to the tracks are what album each song came out on. Where possible, I've also linked each track on YouTube.
Some of these not to your taste? Here's five alternatives...
To listen to the playlist on Spotify click here!

In case you're interested, I've done a few of these Mixtapes over the years, if you like the following artists, perhaps give them a listen by clicking the links below!


Well I hope you enjoyed this list. I'll be back spontaneously I'm sure with someone else in a few months time! Until next time, take care!