Note: There are possible spoilers in each entry so avoid them if you don't want to ruin any storylines. To me, "Blue" will always be Gary Oak. It kinda annoys me when people consider Blue and Gary Oak to be separate characters because they're not, they're the same person but in different forms of media. But for the sake of arguing I'll call him Blue. Either way, once again, another character that isn't quite a villain as there aren't many villains in Pokemon (apart from Team Rocket anyway) but Blue is a pain in the butt. No matter how many times you beat him he consistently belittles you and brags about how awesome he is. And his theme song while quite cool, is annoying as well as you know that trouble is ahead when you hear it. And that quiff moving?! Jeez. Anyway. Yeah, Blue/Gary Oak deserve a place in this list just because it's nice to slap the smirk off his face every time you beat him. 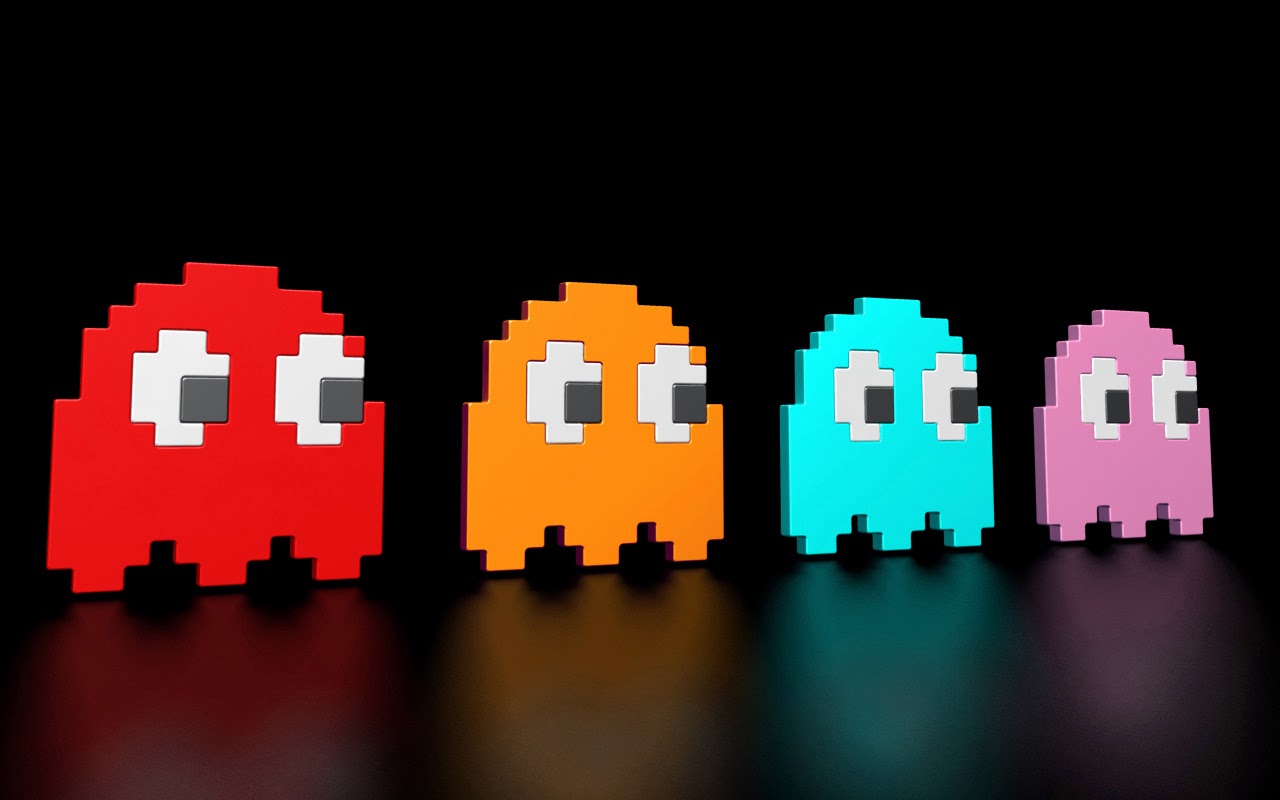 Yes. They had to be included. Some of the first villains in video game history are the four ghosts that act like hounds trying to viciously murder and dismember Pac-Man and send him to his grave. Trust me, if they remade this game now it'd be an 18. Okay, maybe a bit dramatic but... yeah... anyway, you can't help but love and hate The Ghosts in Pac-Man. They're a pain in the butt but are a iconic set of evil baddies in video game history and will always be remembered as some of the most annoying yet lovable cute ghosts ever created.

Other Names: None
Debut Game and Year: Resident Evil (2002)
Famous Quote?: None
Other Appearances: None 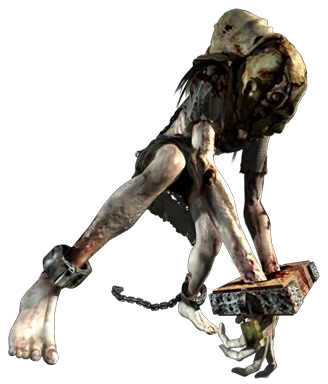 Once again sorry to say but the definition of "villain" is blurred with this entry. Maybe I shouldn't have called this a list of villains as it's not completely true? I hope you understand each entry regardless of the logic of the word. Because, Lisa Trevor is no villain. She's a victim.

Lisa Trevor was chosen as the human test subject for pretty much any Umbrella virus going back before the events of the series. She turns into a monstrous abomination, one that is practically impossible to kill. She had an obsession with faces, and ripped many of the employees off, and kept them for "safe keeping". She wanted to see her mother again but Umbrella killed her. All she wanted to do was give her mum back her face.

When you encounter Lisa in the remake of Resident Evil, she truly is a scary, horrible thing to see with your own eyes. You can't kill her, no matter how hard you try, and it's best to try and avoid her at all times you come into contact with her. Her entry in this list of villains is about the times you see her in the game, how memorable she is as a monster and entry into video game history. 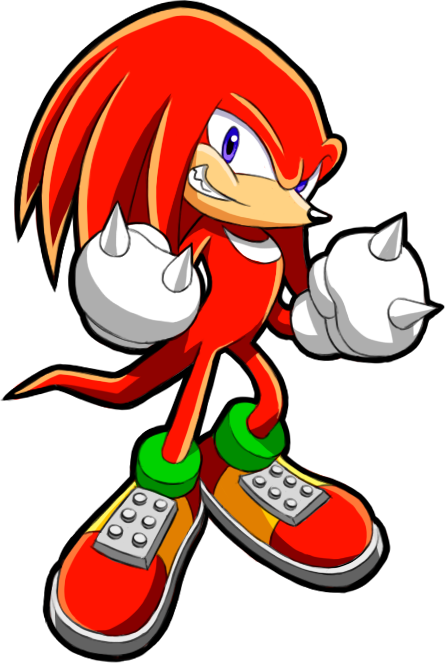 Now obviously since the first game Knuckles isn't a bad guy. In fact, he's a good guy. But, take Sonic 3 for what it is, on it's own, even without Sonic and Knuckles being attached to the game, and Knuckles is a villain. And a pain in the arse villain at that. He does everything he can to stop Sonic from going about his business to defeat Dr Robotnik and save the animals. Obviously the bigger picture is Robotnik has tricked Knuckles into believing that Sonic is the bad guy and to go after Sonic, but either way, Knuckles in Sonic 3 (and Sonic and Knuckles, until he comes to his senses) is a pain in the butt and you just want to smack him.

Other Names: Dr Edgar Zomboss
Debut Game and Year: Plants vs Zombies (2009)
Famous Quote?: "...unless you comply, we will be forced to take extreme action." - part of Dr. Zomboss' letter to the player
Other Appearances: Plants vs Zombies 2: It's About Time 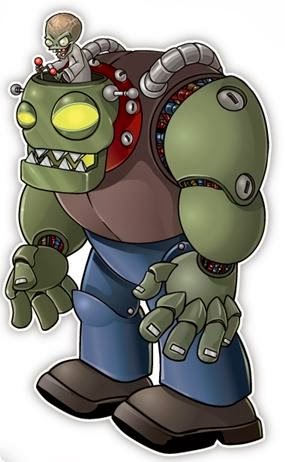 Dr Zomboss is an incredibly intelligent zombie and main villain of the Plants vs Zombies game. All the other zombies are brain dead and write letters with terrible grammar threatening the player to surrender their brans to the undead. Right at the end of the game Dr Zomboss appears and writes the player an incredibly well written letter and uses his vast knowledge and intelligence to battle you with his zombie army and operates a huge machine zombie to take your brains once and for all. Plants vs Zombies is a brilliant game, incredibly funny and Dr Zomboss is a great little villain and adds to these elements in the game.

If you've never experienced Clock Tower you really missed out. Long before Nemesis and Pyramid Head stalked players in horror games we had Scissorman back in 1995. He was only a little nine year old boy, but Scissorman was as scary as fuck back in the day. That animated picture above does not do justice to this. He would come out of nowhere, and stalk you with those long shears, killing other people off in the game one at a time to get to you. And with the way you play the game, getting away from Scissorman was not always easy. Scissorman for me is one of the best stalker villains of all time and most people who have played Clock Tower will agree with me.

Other Names: Seifer Almasy
Debut Game and Year: Final Fantasy VIII (1999)
Famous Quote?: "Show me what you got, Squall! Let me add another scar for ya!"
Other Appearances: Kingdom Hearts 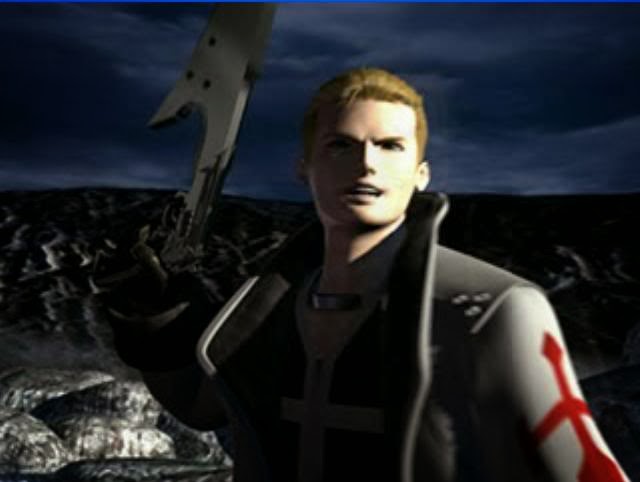 Seifer on the surface is a bratty teenager who bullies the other people in Balamb Garden (the school in the game). But as the game progresses, and the characters turn from students to young fighters that determine the fate of the world, battling in loads of fights and a few wars to boot, he turns into a more than capable knight of a sorceress hell bent on taking over the world. He's cocky, rash, and has a personal vendetta against Squall, the main character and you just want to kick his arse throughout the game. Also, he kills Odin one of the most badass summon monsters in Final Fantasy history. That bastard!

Other Names: Walter Francis Sullivan
Debut Game and Year: Silent Hill 4: The Room (2004)
Famous Quote?: "My name's Walter. Walter Sullivan. It's time to complete the 21 Sacraments."
Other Appearances: None

Silent Hill 4 received mixed reviews. In fact, since Silent Hill 3 most Silent Hill games have received poor to mixed reviews. However, I really liked SH4: The Room. I thought it had a great story but the gameplay was mediocre. But the story, and how it was layed out, was really good. And at the centre of the story was the villain, Walter Sullivan. Sure, we've had better stalker characters than Walter, and it's true, that his character isn't the most original creation. But I really enjoyed the experience of tangling with this screwed up lunatic, hell bent on murdering 21 people. There's more to the story than that, but that's the base. The movie "Seven" comes to mind when it comes to how you feel playing this game, Walter played the villain part fantastically well. I'd recommend you play SH4 if you haven't before, sure the graphics are a but mucky and the gameplay is okay, but the story is pretty damn good, and Walter's character is fun to unravel and take apart.

Man it's so hard to find a good picture of Black. I was quite tempted to get an emulated version of the game and play it just to screencap him. Hey ho. Anyway, Black is by far the coolest villain the Gunstar Heroes game. His Dice Maze is one of my favourite all-time levels in any video game. Forcing the player to play games in his maze fortress, he hides himself for as long as he can. When you get through his maze, he has some pretty damn cool machinery to help him get rid of you. And the best part? When you defeat him for the first time, he gives you a fake gem and it explodes in your face! Black is an awesome villain and his appearances in the game are some of the most memorable parts.

Other Names: Ayrton Senna
Debut Game and Year: Super Monaco GP (1990)
Famous Quote?: "Your days are gone!"
Other Appearances: None 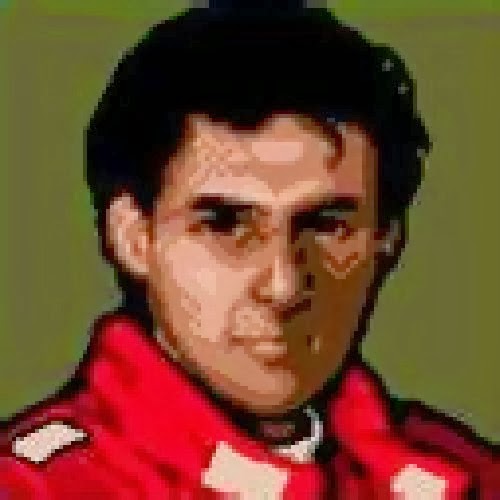 Mind my language but what a prick. No, not the legitimate Ayton Senna, but G. Ceara in the Super Monaco GP game. Back when I was a kid, I struggled and won the World Championship in the Formula 1 season. By doing so you get to defend your title. But there's a returning driver, absent from the previous season that becomes your main rival. His name is G. Ceara. He challenges you, and becomes almost impossible to beat. Then, he does it again. And by doing so you get dumped from your Formula 1 team, and are forced into a crappier car. Then you must struggle to defend your title in an inferior car. All because of this guy. I hate him. He always comes to mind when I think of villains I truly hate in video games. Sure, it's a Formula 1 game and not some evil dude trying to take over the world. But in this game, when G. Ceara becomes nigh on impossible to beat for the first two races, the feeling I had when I was a kid will stay with me forever. And that's why I love and hate this "villain".