#8 "I'm Afraid of Americans" - David Bowie and Trent Reznor
Release Date: 1997
Director: Dom and Nic
Fun Fact: This isn't actually the original song - you can listen to that here. This is a remix collaboration by Trent Reznor of Nine Inch Nails, which David Bowie loved so much he made it into the single! 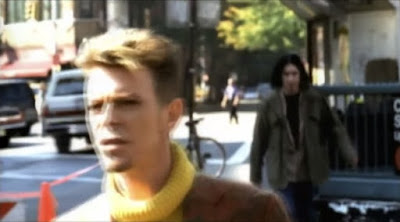 This is the second video directed by Dom and Nic, the other one is "The Salmon Dance" by the Chemical Brothers, which was featured all the way back at #95!

I'm both flabbergasted and disappointed that this video has a measly 140,000 views on YouTube. Clearly this is a hidden gem of a music video that most people haven't seen... either that or I'm overrating it!

As a British person, like a lot of people in this country (and many others) we look at America as a land of opportunity, but also a country with a lot of paranoia, one with a lot of gun obsession and a country that... kinda scares us. In multiple ways. David Bowie has created a song about this strange phenomenon and Trent Reznor of Nine Inch Nails (who is actually American) kindly provides us with the visual demonstration of this. By the way Americans, I, and I'm sure a lot of people, are not saying all Americans act like Trent Reznor in this video! But either way, it's just a damn great video and it tries to explain this weird thing about America that does cross the minds of people from other countries.

But moving away from the subject of the song, why I love this video so much is simple. It features one of my favourite artists growing up as a kid in David Bowie, collaborating with my favourite musician in my favourite band of all time, Trent Reznor of Nine Inch Nails. And seeing a goateed Trent chasing David Bowie down New York City streets is both fantastic and a little funnier than it should be. David Bowie while providing half an arguement that Americans are paranoid, does provide the other half of the arguement that maybe he, is the one that's paranoid; he sees imagines of Americans shooting gun hands at eachother when they're in actuality doing nothing of the kind.

And yes, I won't lie. Trent Reznor playing a stalker called Jonny, shooting an invisible machine gun at a taxi at the end is a deliciously amazing scene that I will always love. Just watch the video!

Note: This is the sixth and last video from the year 1997 in this list. 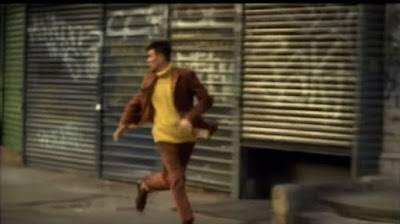