#9 "White and Nerdy" - Weird Al Yankovic
Release Date: 2006
Director: Weird Al Yankovic
Fun Fact: The song video is CRAMMED full of references and subtle scenes, some more nerdy than others! Some examples below! 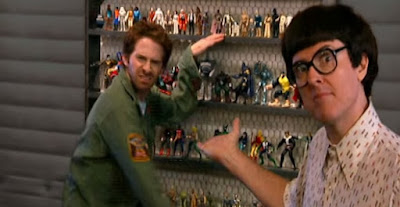 This is the third and last video by Weird Al on this, and it's also the second video he directed himself, the other being "Amish Paradise" which got to #32.

This is just one of the funniest videos of all time. Seriously. The video and song is so good it gave Weird Al a surge in his career he had never really seen before. It made Weird Al Yankovic seem cool... for the first time in his career. Sure, he's had his hardcore fans over the years, but he was always considered to be a fad, especially of the eighties. But his three (at the time, now four) decades of hard word and persistence of being the king of the parady had finally paid off.

What to say about the video? You may have seen some of these things but maybe not at all. Notice above? That's Seth Green of Buffy the Vampire Slayer fame. And below, the more obvious, is Donny Osmond. Now if you watch Donny Osmond throughout the video, if you've not done it before, you'll realise how fucking fantastic he is in the video. And what's best? Weird Al had the space in the music video and wanted a celebrity to fill it. So he thought of the "whitest guy he could think of", and called Donny Osmond. And Donny makes this whole video ten times better than how damn good it was before. He's absolutely hilarious. Check out the amazing out-takes!

Other things in this video of note that are great for me are the black guys locking their open convertible car, the editing of Wikipedia to say Atlantic Records "SUCK!", the reference to Star Wars Kid, editing his MySpace page (yes it's that old now this video), and his reaction to receiving the Star Wars Holiday Special on VHS. It's just one amazing video and I love it so much.
Note: This is the seventh and last video from the year 2006 in this list. 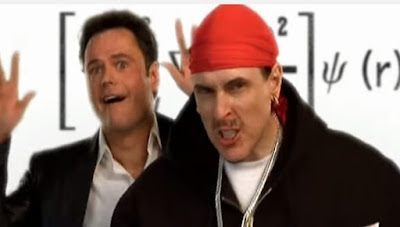