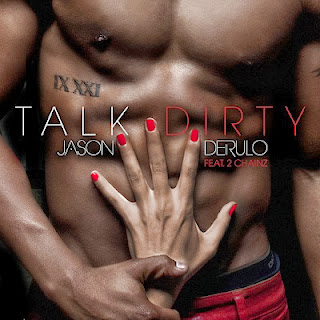 Ergh, I hate that cover of the music single for the song. So cringy. I'm sure there's lots of ladies that love it I'm sure. You can tell I'm straight.

Anyways, I tried. I tried really hard in fact. I tried not to like this song. I really don't like Jason Derulo much musically or as a person in fact. I just dunno. He doesn't appeal to me in any way at all.

But this song. This song is just so so catchy. It's definitely one of the best RnB tracks of the decade thus far. The lyrics are cheesy and cringy but the music, the tempo, and in fairness, Jason Derulo's singing especially towards the end is great. I think so far it's the song that's defined Jason Derulo's career, he's always been seen as this RnB star that "could" be a huge superstar and he has the looks and the "swag" for it but could he actually back it up with a truly massive track? That's what he's done here and credit where it's due, it's a brilliant RnB track.

Here's the video if you want to hear it!