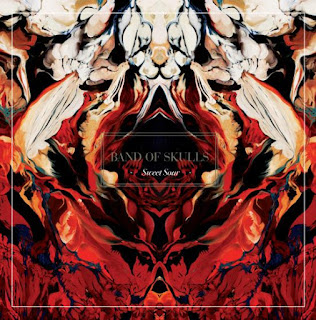 Band of Skulls are one of those bands that I expected to rise and explode onto the scene and become one of the bigger bands going into this decade. After hearing "I Know What I Am" in 2009 and hearing the potential this band had, I just... I dunno... just thought they'd be bigger by now. But they've bubbled under the surface pretty much their entire career thus far.

"Sweet Sour" however is one of their finest songs to date. I've spoken about how Band of Skulls sound like The White Stripes with half the natural guitar talent of Jack White but twice the female singing ability of Meg White, and that shows brilliantly here. The way this song plays, tempo wise, rises and kicks into some gorgeous blues garage rock around two thirds in is just superb. And the duel crooning at the end is bliss. Seriously give this song a listen if you like indie/garage rock, particularly The White Stripes. You might have found your new favourite band, god knows they deserve at least a bit more attention than they currently have.

Here's the video if you want to hear it!
If you missed #44 go here.