#27: "Buddy Holly" - Weezer
Release Date: 1994
Director: Spike Jonze
Fun Fact: The song had a huge rise in popularity when the Windows 95 Computer came out - it was featured in a folder named "Fun Stuff" on every release! 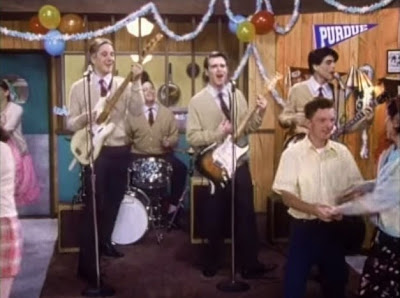 What's not to love about this video? Firstly I would like to say that Spike Jonze does a heck of a job making the old "Happy Days" footage work so perfectly with the more modern band footage of Weezer playing. You can barely tell the editing apart!

Weezer are just one of those bands really that barely get any criticism, they seem like such cool guys and they write really cool songs and have pretty damn good videos as well. I mean, who's idea was it to get all of this Happy Days footage? You genuinely feel like the band played in the Happy Days TV series back in the seventies. There were only two of the members from Happy Days actually on set - Al the owner of Arnold's, and Potsie, one of the guys who worked at the hardware store. Everyone else are either body doubles or actual cliips from the show.

This is just one of those videos that are always featured in some capacity in "Top Videos of All Time" lists, mainly because it looks so good and of course, the song itself is awesome as well. 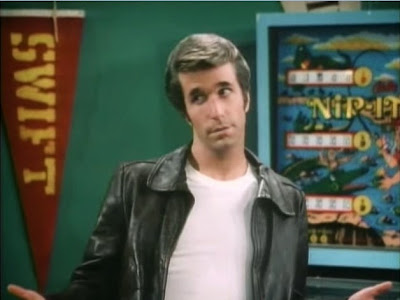