#33: "All the Small Things" - Blink-182
Release Date: 2000
Director: Marcos Siega
Fun Fact: This was one of the last songs that the band worked on, for their album "Enema of the State"; they wanted a simple catchy pop-punk song for the album. It's since become arguably their biggest hit! 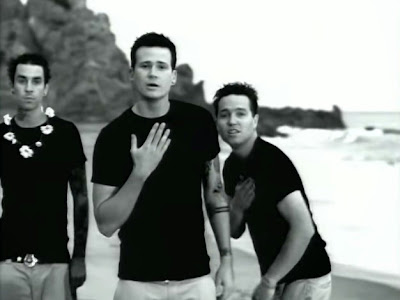 I have mixed feelings about putting this song so high on the list. In honesty it deserves its placement, if not maybe even higher. The reason why I have the mixed feelings is just due to the general overplayedness of this video. You turn on the rock music channels and you can barely get away from it, even 15 years later.

But when I justify why it's got to where it is on the list it's not hard. It was, and is, genuinely one of the funniest videos ever. I honestly don't think there's many better videos that accurately mock boybands as well. It's just hilarious, the "promo shots", the posing, the airplane, the white suits, the, erm, licking metal objects, dramatic toilet scenes, it's just brilliant. If I never saw this video for the next five years then saw it again, I'd laugh my ass off. That's why it's one of my favourite videos ever. If only they let it go unheard for a few years... 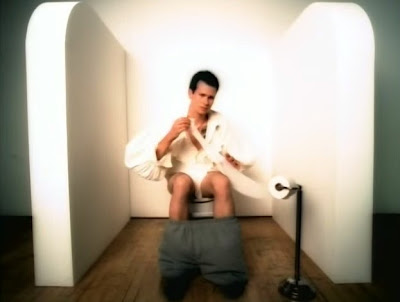