#28: "White Limo" - Foo Fighters
Release Date: 2001
Director: Dave Grohl
Fun Fact: The end cutscene, when the limo crashes, is EXACTLY the same scene as the car crash scene at the end of the "Long Road to Ruin" video! 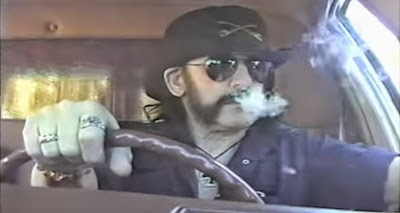 Choosing "White Limo" as one of my favourite Foo Fighters video may come as a surprise to you. If it does it's probably because you've not seen the video before. And if that is the case, sort that problem out right now and watch this damn video! It's just hilarious!

Basically it's a 1990's video, fully done with an old school video camera. It features Lemmy from Motorhead, who runs over Nate, who was listening to tunes on his walkman and riding on roller skates. Nate then gets picked up in Lemmy's white limo, and Nate calls the rest of the Foo Fighters to join him in the back of the white limo. Then all sorts of shenanigans occur. Just watch the video, it's just so so good!
Note: This is the fifth and last video from the year 2001 in this list. 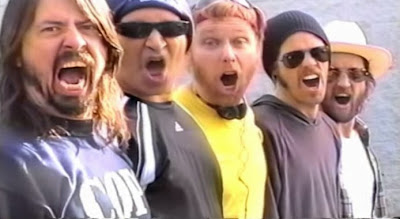