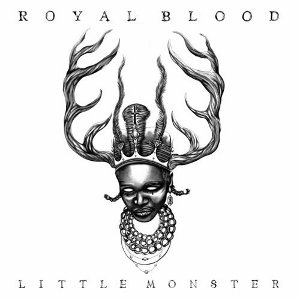 Now I know I won't shut up about Slaves being by far my favourite band at the moment but I have to mention them alongside Royal Blood. Why? Well, they're both British garage rock bands that have come out at around the same time, and both have two members each. Royal Blood have shot up to great heights at the moment, whilst Slaves are doing well enough. Naturally I prefer Slaves. I'm not going to say more than that, and I'm sure you have your own opinion on who is better and that's cool.

But yeah, Royal Blood. Considering how quick my love for Slaves came, and how far it's gone since, Royal Blood for me took a while to appreciate. I don't know what it is, or what it was about Royal Blood that makes me like them a whole lot less than Slaves. That's not to say they're a bad band, really they're not. They're a damn good band actually. Now, I quite like them. And "Little Monster" is a fine track. It was the first song I'd heard by them and I kind of dismissed it at first as being nothing special. But after a few listens... yeah. It's a very good song. There are other songs by Royal Blood I prefer though so this definitely isn't the last you'll see of them on this list.