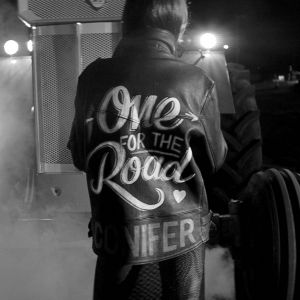 I don't mind telling you now that the Arctic Monkeys appear three times in this list (the total maximum of times an artist will appear). I also don't mind telling you that all three songs on this list are from their "AM" album. "AM" is going to go down in history as one of the best rock albums of this decade, it's no dispute. It's really when the Arctic Monkeys cracked America, but more importantly, found their next level. Their debut album was fantastic, but it was also flawed and beautiful in its own way. The three albums in between were all fine efforts, but never could they top their first. With "AM" they've really polished their sound, made it bigger, sexier and just better generally, and it's just fantastic.

"One for the Road" is a fine single, it actually took a while for it to grow on me. It has a gorgeous blues riff, apparently heavily inspired by The Queens of the Stone Age, who have in recent years really taken the Monkeys under their wing in America and helped them out. Josh Homme actually appears as a backing vocalist on this single too. It's just a really cool song, and Alex Turner has never sounded better really.