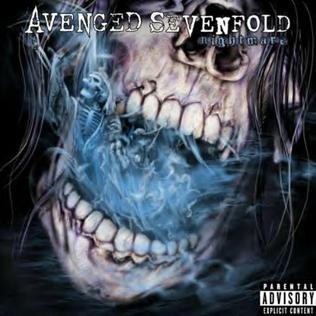 I remember "Nightmare" coming out quite well. At the time I wasn't the biggest Avenged fan, and to this day I don't "love" them, but definitely respect and appreciate them a lot more now than I did back in the day. I remember that "Nightmare" was the first song released by A7X since their drummer The Rev passed away. A lot of people weren't sure if the band would bounce back well, because of how highly thought of he was as a member of the band and as a drummer.

But "Nightmare" is an excellent track. It has everything you'd expect from an Avenged song, some excellent guitar solos, some really good drums, heavily inspired by The Rev (he did work on this song before his death) and of course, M Shadow's very distinctive vocals. The video is very silly but very watchable too. "Nightmare" has become one of the band's biggest songs and considering that it came out after The Rev passed away shows you that the band definitely had plenty left in the tank at that point. Do they now is another debate (personally I still like them but I know others that disagree).