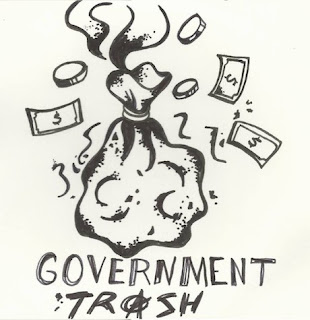 Ah, it's so good to see Death From Above 1979 back. After 10 long years, they finally released their second album. It looked for a long time that they were going to join the "One Album Club" but kissed and made up a few years ago. It's good for music that they're around, because they are a kickass band who do hard garage rock better than most.

And "Government Trash" is Death From Above all over. It's a song that packs serious punch, and it still feels crazy to think that they're only a two person band, they make so much noise and it's just bliss. This song kicks ass big time and I love playing it when I feel like putting on something to headbang to.

Here's the song if you want to hear it!