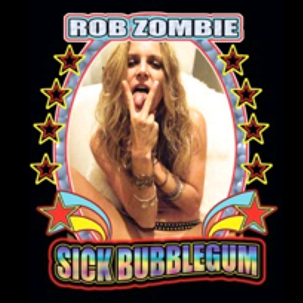 "Sick Bubblegum" was the main single off Rob Zombie's fourth album (his sixth album is coming out later this year). When I say "main" single, it was actually the second single off the album but it got promoted a lot more than "What?", which was the first single. It's a very good song on an exceptional album, I reviewed the album actually, you can read that review here. "Sick Bubblegum" is pretty much a typical Rob Zombie song, heavy, catchy, funky and not without its share of classic samples from older films. It's just simply a great Zombie track that still gets played a lot on his live sets so it's obviously a fan favourite.